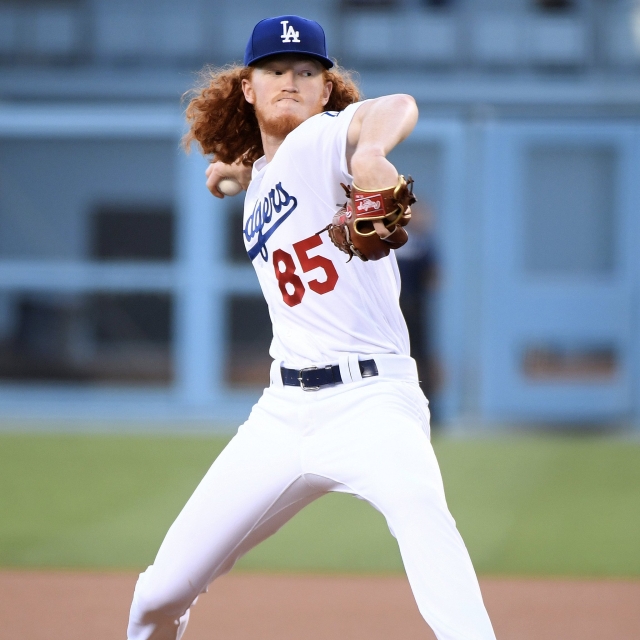 The start of this shortened 60 game season was highlighted by Kiké Hernandez, Mookie Betts and Dustin May. The Dodgers beat the San Fransisco Giants by a score of 8-1.

On Wednesday, Dustin May was not planning to appear on the Dodgers Opening Day roster. Thursday, he was named Opening Day starter when the Dodgers placed Clayton Kershaw on the Injured List with back stiffness.

May, 22, became the youngest Dodgers pitcher to start on Opening Day since Fernando Valenzuela in 1981.

He showed some nasty pitches and was able to walk out of the game with only one earned run charged to him. That would be the only run the San Francisco Giants would score. Dustin May finished the night with 4.1 innings pitched, seven hits, one earned run and four strikeouts.

Considering the situation, it is not a terrible outing and surely Dustin May will eventually have more dominant games.

The Dodgers then used: Caleb Ferguson, Pedro Baez, Adam Kolarek and Brusdar Graterol to end the game. All four relievers looked extremely good and Graterol showed why he was a great addition to this team.

The player of the game should go to Kiké Hernandez as he went 4-5 and drove in FIVE runs!

Included in those five RBI’s was a 2-Run home run in the bottom of the 8th inning that sealed the victory for the Dodgers. Who would have guessed that the first home run of the Dodgers 2020 season would come from someone not named Cody Bellinger, Max Muncy or Mookie Betts?

Making his first career start in Dodger blue, Mookie Betts went 1-5 with a run scored. He doubled for his first hit as a Dodger and instantly motioned for that ball to be saved.

“It’ll go up in my house. It’s a new chapter. I’m super excited for what’s to come,” Betts said in the post game press conference.

Although Betts didn’t go 5-5 with a grand slam, we know what he is capable of accomplishing. I would like to say that I think before this series is over with the Giants, Mookie Betts AND Cody Bellinger will each have one home run.

The Dodgers play the Giants tonight at 6:40 PM, Ross Stripling gets the ball for the Dodgers against Jeff Samardzija for the Giants.