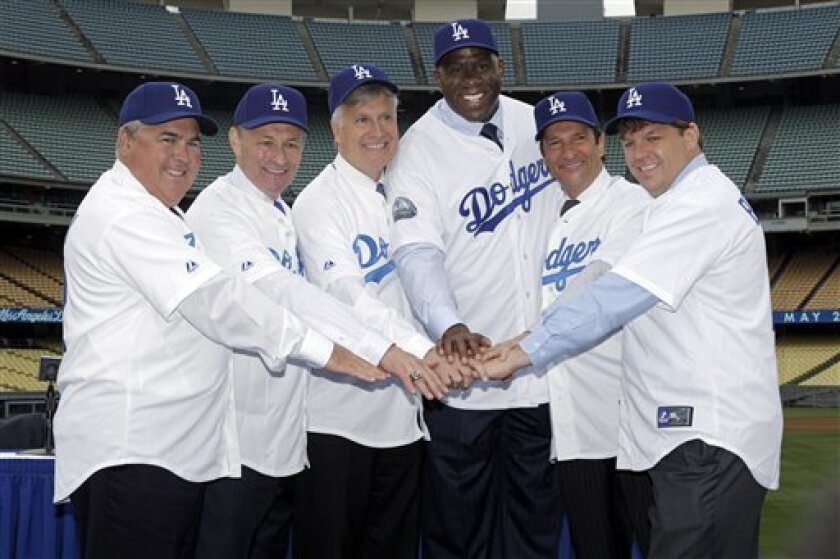 On May 1st, 2012, Magic Johnson and members of the Guggenheim Baseball Management LLC officially became the owners of the Los Angeles Dodgers.

The Los Angeles Dodgers are one of the most storied franchises in baseball and in the sports industry. However, bad ownership and the lack of star players kept them in the world of mediocrity.

Before Magic Johnson and the Guggenheim Baseball Management group took over, the organization was owned and operated by Frank McCourt and his wife, Jamie. During that time, the Dodgers managed to win the National League West title three times and were a wild card team. They went advanced to the National League Championship Series in 2008 and 2009 but were defeated by the Philadelphia Phillies.

Big name players for the Dodgers around 2012 included Matt Kemp, Andre Ethier and a young Clayton Kershaw. They were managed by former manager, Don Mattingly.

Clayton Kershaw had just won his first Cy Young award after posting a 2.28 ERA, a 21-5 record and 248 strikeouts. Matt Kemp had just had the best season of his career and was snubbed in winning the National League MVP.

Clayton Kershaw and Matt Kemp were representatives of the Dodgers at the 2012 All Star Game.

It was a weird time for the Dodgers and their fans. They had good players but they surely weren’t what they are today. I have nostalgic memories about these players and thinking that they were the best players only because they were on the Dodgers. Little did I know that there were players like Albert Pujols, Miguel Cabrera and Chase Utley.

The Dodgers needed a fresh start and that is what they got with the new ownership.

The Guggenheim group started to invest more money into the team and made serious trades that would help the Dodgers for the foreseeable future.

The Dodgers acquired Hanley Ramirez from the Marlins in July of 2012 and then added Shane Victorino from the Philadelphia Phillies shortly after. However, one of the biggest trades in recent years came in August of 2012 when the Los Angeles Dodgers traded James Loney and four minor league players to the Boston Red Sox for Adrián González, Carl Crawford, Josh Beckett and Nick Punto.

I remember when this trade happened and how exciting it was to be a Dodger fan. Finally a new group of owners take over and they finally start to produce a team that can compete for a championship.

How can fans forget Adrián González first at bat with the Dodgers? It was a three run home run that was absolutely crushed and it let fans know that they finally had something to cheer for.

Unfortunately, the Dodgers didn’t make the playoffs in the first year of new ownership. They ended their season with a 86-76 record. The San Francisco Giants would win the National League West and eventually advance to win their second World Series in three years.

While the Dodgers didn’t make the playoffs, I think fans were excited to see what the future held for these new look Dodgers. The 2012 season was a step in the right direction and was only a preview of what was to come for the rest of the decade.