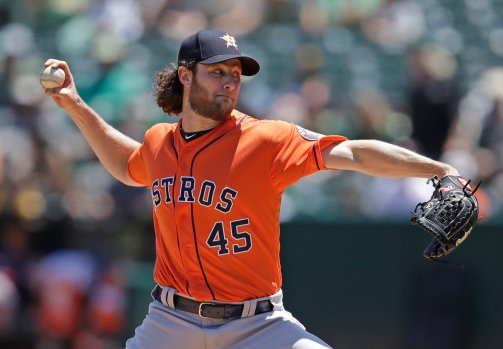 The Winter Meetings have not been a disappointment at all. Both of the top free agent pitchers signed in back to back days and Scott Boras is laughing all the way to the bank.

Last night, Jon Heyman reported that Gerrit Cole and the Yankees had agreed to a nine year, $324 million deal. An absolute monster contract and one that will surely be looked at over the span of the deal.

The contract is a record for highest AAV for a player at $36 million per season and the biggest contract for a pitcher at nine years and $324 million.

Gerrit Cole was not just a free agent pitcher looking for the best deal possible. He was THE free agent pitcher to snag this year for any team. The Dodgers and Angels were reportedly in the mix to acquire Cole but they were outbid.

I don’t necessarily think it is a bad thing that the Dodgers missed out on Gerrit Cole. Sure, he would have made them an even better team. Though, $36 million for the next nine years would definitely not sit well with fans and this current front office. Who knows what the Dodgers even offered to Cole, I can guarantee it wasn’t close to $300 million, though.

Gerrit Cole is a dominant pitcher and a pitcher that revived his career when he was traded to the Houston Astros in 2018. Cole was not going to sign with a team that wouldn’t make him better, like the Angels. Yes, there was the rumors of him having a west coast bias but those were clearly just rumors.

In deals like this, money talks and that is a lot of money that Gerrit Cole is about to make.