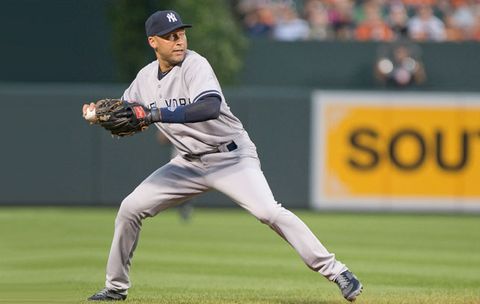 After a remarkable career that ended five seasons ago, Derek Jeter is finally eligible for the Baseball Hall of Fame.

Derek Jeter definitely had a Hall of Fame career. Being apart of five World Series championships, a 14 time All Star and a member of the 3,000 hit club, this should definitely be enough to enter Cooperstown.

The only question is whether Derek Jeter will become the second player to be unanimously voted in. The first was his longtime teammate, Mariano Rivera. Personally, I think Jeter will be voted in unanimously.

Unlike previous Hall of Fame ballots, there are not many players on the new ballot that scream worthiness.

Sure, there are players that are fan favorites and were dominate during their time but, didn’t have a career that had a major impact on baseball.

Players such as Rafael Furcal, Paul Konerko and Josh Beckett are a few former Dodgers that made the Hall of Fame ballot. Beckett may have a chance at Cooperstown but not on his first try. While Beckett probably won’t be remembered for his time in Dodger blue, his overall career had some impressive achievements.

Josh Beckett played for the Florida Marlins, Boston Red Sox and Los Angeles Dodgers. He won a World Series with each team except the Dodgers.

During his time with the Florida Marlins, Beckett led them to their second World Series title in 2003 where he was named World Series MVP. He was later traded to the Boston Red Sox in 2005 with Mike Lowell.

There, he helped the Red Sox win the World Series in 2007. During that playoff run, he was awarded ALCS MVP.

Fast forward a few years and Beckett was acquired by the Dodgers in the blockbuster trade with the Red Sox in 2012 that involved Carl Crawford and Adrian Gonzalez.

Players that are voted in will be announced on January 21 and will be inducted into the Hall of Fame on July 26. Players need to be on 75 percent of the ballots in order to make the Hall of Fame.

Complete list of players on the 2020 Hall of Fame ballot: