The Dodgers don’t need a new third baseman but if you have an opportunity to sign Anthony Rendon to a long term deal or a newly reinvented Josh Donaldson, you do it.

Justin Turner is more than adequate at third base in terms of offensive production. However, his defense had trended downhill since 2016 when he was considered for a Gold Glove. It’s hard playing in a league where Nolan Arenado is your competition for third base.

Despite not being what he once was, Justin Turner is a team player and has said that he would change positions if it meant bringing in Anthony Rendon. That was before it was reported that the Dodgers were interested in free agent Josh Donaldson.

Josh Donaldson and Anthony Rendon declined their respective qualifying offers and that was to be expected. Both players can earn way more than the $17.8 million that was offered.

Donaldson’s age, 33, along with his health problems can be the deciding factor for the Dodgers and other teams. He signed a one year, $23 million deal with the Braves last season as a “prove it” contract to show that he could still perform at a high level.

The former AL MVP put together a great bounce back season that included 37 home runs and 94 rbis. In addition to that, Donaldson drew 100 walks and had 142 hits. With these numbers, it showed that Donaldson can still contribute to a winning ball club.

There has been speculation on whether or not Donaldson could get a multi year deal with a team. I think he can if the price is right. The length of the deal has to be a factor too. Donaldson will most likely receive offers in the two to four year range. Four years would be the absolute top end. As for the dollar amount, I think he would receive anywhere from $18 million to $22 million per year.

As for Anthony Rendon, that is a whole other monster.

Coming off of a career year where he was a NL MVP finalist and a World Series Champion, Rendon hit 34 home runs, had a .319 batting average and had a National League leading 126 rbis.

Anthony Rendon is a free agent for the first time in his career and he is looking for a major payday.

What he is exactly looking for is not known though. The Washington Nationals reportedly offered Rendon a seven year, $210-215 million deal. Clearly, the deal wasn’t what Rendon was looking for since he didn’t agree to it. What does that mean? 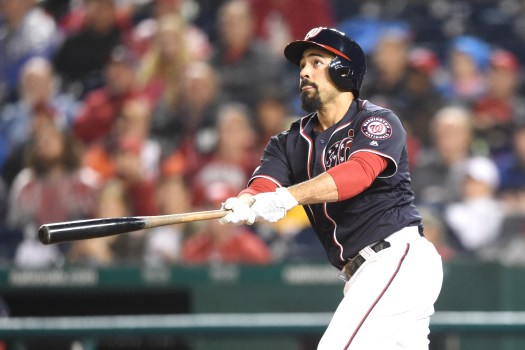 “Hopefully not playing baseball,” when Rendon was asked where he sees himself at the age of 35.

Rendon is 29 years old and could be looking for a short term deal with a high payout instead of the long term, high payout deal that we have seen recently.

Then again, who knows what Rendon or any of the current free agents want.

If there is any time for the Dodgers to start to splurge on free agents, this may be the right time to do it. With an aging third baseman, the Dodgers should solve this problem now rather than later.