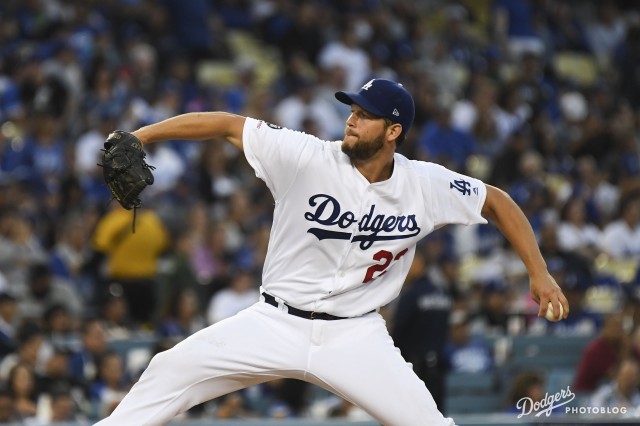 Where were you when one of this generations best pitchers threw his first No Hitter? Were you at the game or were you sitting at home watching it on TV?

It has been five years since Clayton Kershaw through his No-Hitter against the Colorado Rockies. Since then, Clayton Kershaw has experienced even more success but is still chasing the final goal: a World Series Championship.

In 2014, Clayton Kershaw had a historic season which earned him the Cy Young Award and the National League MVP. Kershaw ended his historic season with a record of 21-3 and a monumental 1.77 ERA. This is one of the best seasons in baseball history for a pitcher. One major highlight to that already impressive highlight reel, was Kershaw’s first No Hitter of his career. Facing the Colorado Rockies, Clayton Kershaw struck out 15 batters in what is considered by some to be the most dominant No Hitter ever. I am in that camp. If not for a small error by one, Hanley Ramirez, Clayton Kershaw would have thrown a Perfect Game. Nonetheless, the feat is still historic.

Fast forward to five years later and what has Clayton Kershaw accomplished? Well he hasn’t won a Cy Young since 2014, although he is consistently in the Top 5 in voting each year. And he has started to become more of a human and not so much of an untouchable being. Kershaw has spent time on the Disabled List at least once since 2015, which has limited his overall progress in establishing his career. Additionally, Clayton Kershaw has pitched in the Postseason for SIX years straight! Included in those six years are two back-to-back World Series performances.

Currently, Clayton Kershaw is still a top 10 pitcher in baseball. However, he is no longer the best pitcher in baseball. He doesn’t strike people out as much as he used to and he has become more susceptible to the long ball. After last nights start against the San Francisco Giants, Clayton Kershaw is sporting a 7-1 record with a 2.85 ERA. For any pitcher, these stats would be above average. What I think some are overlooking right now is that this is Clayton Kershaw. We are used to his ERA being something below 2 and his strikeouts skyrocketing. Seeing Kershaw with these stats has critics thinking he is a declining pitcher but it is quite the opposite. Sure, Kershaw isn’t what he was five years ago, but what player is?

Clayton Kershaw has 2 years remaining on his 3 year contract extension that he signed in this past offseason. If he can manage to do what he is currently doing, I think the signing will be well worth the money. All Kershaw has to do is be a consistent pitcher and do what he’s always done: Dominate. With that, he won’t be able to overpower hitters anymore like he used to, but he can still fool them with a ridiculous curveball. When it is all said and done, Clayton Kershaw will be remembered as one of the most dominant pitchers in baseball.