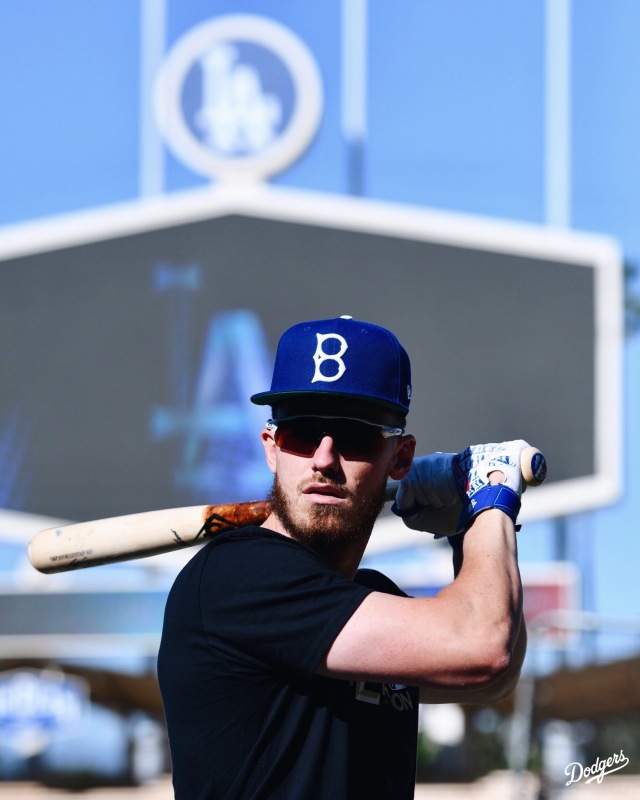 Cody Bellinger has had the talent since he came into the league in 2017. I mean, he burst onto the scene almost 3 years ago and has been one of the games best. That year in 2017, Cody Bellinger won the National League Rookie Of The Year and helped the Dodgers reach their first World Series since 1988. In his following season, Bellinger had the usual sophomore slump but was able to work out of it. This helped him capture the NLCS MVP against the Milwaukee Brewers in the 2018 postseason.

Although 2018 was considered a down year for Bellinger, he still managed to hit 25 Home Run’s and recorded a .260 average. While this pales in comparison to his rookie season where he hit 39 Home Run’s and had a slightly higher average at .267, he didn’t completely drop off. As most players, Bellinger just had a rough second year. He was missing fastballs that were down the middle and his swing had flaws. Those flaws were exposed in the 2017 World Series against the Houston Astros.

So what does Cody Bellinger have in store for us baseball fans in 2019?

So far, Cody Bellinger has shown us that last year was just a slump and that he could be even better than he was in 2017. We aren’t even one month into the regular season and Cody Bellinger leads the league in multiple categories and is in the top 5 for others. Currently, Cody Bellinger is one of the most dominant and feared hitters in baseball. It doesn’t matter who you are or how good you are; Cody Bellinger is better right now.

If you showed someone those numbers during the middle of the season, they’d think there was a typo. Being able to maintain a batting average that high is a testament to how talented Bellinger is. The only other player that currently has more Home Run’s than Cody Bellinger is Christian Yelich (13). Both players are extremely talented and I believe that the MVP race will come down to those two.

What has been the key to Bellinger’s success this season? Consistency. Last season, Cody Bellinger was platooned to the point where it was a little overboard. However, that was due to the fact that he wasn’t successful against Left Handed Pitching. During the offseason, Bellinger worked with the Dodgers new hitting coach, Robert Van Scoyoc, and developed a new approach. Clearly, the new approach is paying off.

Let’s not forget that Cody Bellinger is playing solid Gold Glove defense over in Right Field. Yasiel Puig, who?

At this current pace, I wouldn’t be surprised if Cody Bellinger was able to reach the 40 Home Run plateau and even get over that 100 RBI mark. As I previously mentioned, Bellinger and Yelich will both be the favorites to win the National League Most Valuable Player this season. To top it off, during today’s game against the Milwaukee Brewers, Cody Bellinger robbed Christian Yelich of a Home Run AND hit the game winning Home Run off of Josh Hader in the 9th inning.