Recently, we’ve seen key Free Agents or even players that are playing on a current contract have their future decided by fans and the public. I’ve had this issue on my mind for a while now. I’m referring to Clayton Kershaw and Mike Trout specifically. Two of the most prominent players in this current era of baseball.

Let me start with Clayton Kershaw first since he has already decided his future for the next few years, at least. Prior to Clayton Kershaw signing his 3-year, $93 million extension this past offseason, everyone in the world thought he was going to opt out of his contract with the Dodgers and go play with the Texas Rangers. The Rangers, which are located near Kershaw’s hometown of Dallas, Texas, were also Kershaw’s favorite team growing up. Thus, everyone jumped to the conclusion that he was going to leave Los Angeles to go and play for his hometown team.

That idea started to spread like wildfire without any reason other than it was his hometown team. Eventually all of those theories were put to rest when Kershaw and the Dodgers came to an agreement on a 3 year extension.

As a baseball and Dodger fan, I had no doubt in my mind that Kershaw would resign with the Dodgers. I’m not being biased either, let me explain.

Clayton Kershaw has played for the Dodgers for 10 years, won 3 Cy Young Awards, an MVP and pitched in 2 consecutive World Series. Not to mention he is heralded as the face of the Dodgers and one of the greatest pitchers of all time. A certified First Ballot Hall Of Famer when his time comes. Why would he leave that legacy at 30 years of age and throw it all away by signing with the Texas Rangers? A team that finished in last place in 2018 and has been in rebuild mode for a few years now. When all of this talk of Kershaw signing with Texas was taking place, I stood by my opinion and I still do. 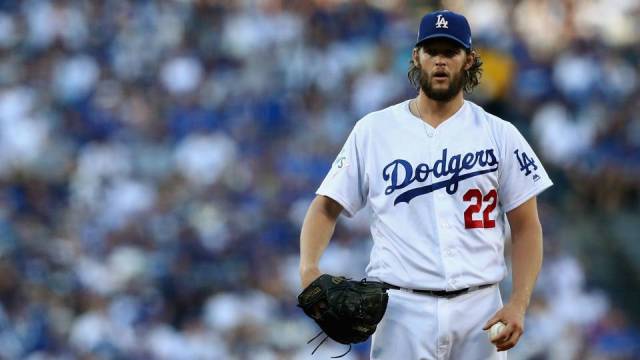 If the Dodgers and Clayton Kershaw shockingly part ways in the future, I do believe that he will join the Texas Rangers. However, I only think this happens if it is Kershaw’s final season in the majors. In that case, I can picture him going and playing for his hometown team just to say he did it. I would also like to add that I really don’t think it will happen but if it does, you heard it here first.

Wrapping up one MVP, here is another that has been mentioned by almost everyone whether they are an analyst or fan: Mike Trout.

Mike Trout has been the best player in baseball since he stormed onto the scene in 2011. Since then, Trout has racked up 2 MVP Awards, a Rookie Of The Year award, 7 All Star Game appearances, 240 Home Runs and a .307 Career Batting Average. Trout is literally the best player in baseball and only a handful can possibly challenge him for that title.

Sadly, Mike Trout is wasting his prime years with a team that has no ambition to build a winning atmosphere, the Los Angeles Angels of Anaheim. Mike Trout has only played in ONE playoff series during his seven year career and that came in 2015. The baseball world sees Mike Trout doing great things but can’t stand that he is being held back because of the team he is playing with. This has created the whirlwind of theories that Mike Trout is going to leave the Angels in 2020 and sign with the Philadelphia Phillies.

Trout will be entering the 4th year of his 6-year, $145 million deal. His contract expires in 2020 and there has been little to no reported information regarding contract extensions. Of course, there has probably been some discussions here and there but the public won’t know for the time being. More than likely we will hear something after Bryce Harper signs his contract.

Just like Kershaw and the Dodgers, the Angels are going to try and keep Mike Trout for as long as they possibly can. And just like Kershaw, the baseball world is already picking where Mike Trout will land in 2020: the Philadelphia Phillies. The similarities between the two MVP’s are staggering.

Mike Trout is from Millville, New Jersey which is roughly 50 miles from Philadelphia. Mike Trout is also a season ticket holder for the Philadelphia Eagles. Both of these have prompted the media and fans to go wild and automatically declare the Philadelphia Phillies as the future home for Mike Trout. I’m not saying I disagree or agree with the sentiment, it’s just a little wild to jump to conclusions like that. What’s next, Mike Trout spotted eating a Philly Cheesesteak so it must mean he is heading to the Phillies? How ridiculous to assume these types of things.

We already know where Mike Trout will be playing until at least 2020 (barring a trade at some point) and we already know where Clayton Kershaw will be pitching for the next three years. Let’s put an end to the predicting or assuming where a player will play in his future just because of some small details that really have no affect on the decisions being made.