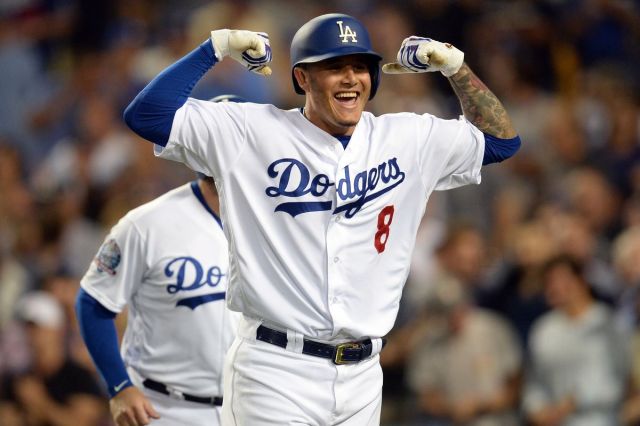 That’s right folks. This rumor has just surfaced this past week and since it is a rumor, go ahead and take it with a grain of salt. Really, baseball fans can’t believe everything that we hear or see on Instagram and Twitter but, we can at least entertain the rumors and pretend they are true.

This past week, Manny Machado’s father, Manuel Machado was interviewed by Hector Gomez on a radio show in the Dominican Republic. What was said during that interview was very interesting and has since started lots of conversations and speculation. Machado’s father said, “Manny has received offers from different teams: Yankees, Dodgers, Phillies, now there is a lot of interest from the White Sox.”

During that same interview with Machado’s father, Manuel, he said another interesting statement that got some attention. That statement being, “I believe that the team you will probably less think about is the one that’s gonna sign Manny Machado.” IF this is true, and it is a big IF, could the mystery team, Dodgers or not, be the team that ends up signing Machado?

Something to back up this whole mystery team ‘mystery’ is that the team has reportedly offered Manny Machado the largest offer of the known teams. Whether this is just the Machado camp talking and trying to start a bidding war is unknown.

A big question mark for this, if it is true that the Dodgers are the mystery team, is what will they do with their infield IF they were able to sign Manny Machado? Machado was a rental for the second half of the 2018 season and was a major contributor in getting to the World Series. With Corey Seager set to return to shortstop this upcoming season and Justin Turner at third, where would Machado fit in? Do the Dodgers pull off the signing and then make some hard decisions later?

We will have to wait and see what happens next in the Manny Machado saga!